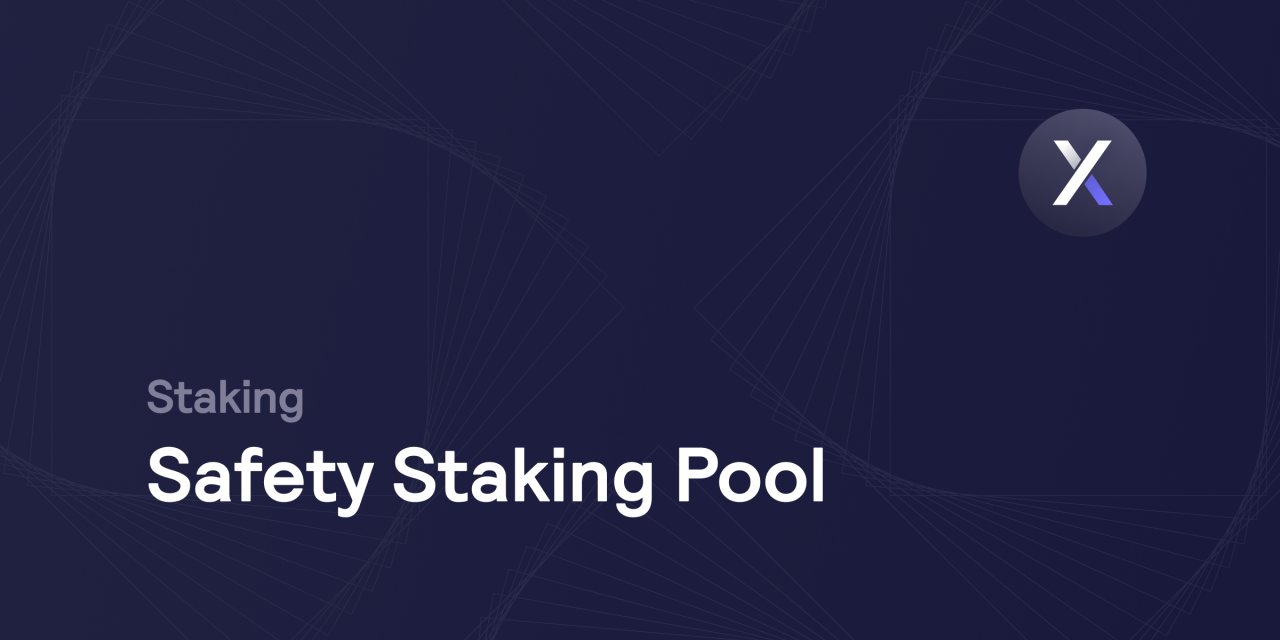 Despite our focus on system stability and user protection, risks always exist. An additional mechanism for securing the Protocol is the incentivization of $DYDX holders to stake tokens into a smart contract-based component called the Safety Module. The staked $DYDX will be used as a mitigation tool in case of a Shortfall Event on the Protocol. The interpretation of the occurrence of a Shortfall Event is subject to $DYDX governance votes.

The Safety Staking Pool, therefore, functions as an additional layer to protect users in the case of insolvency or other issues with the Protocol. Further, the risk of slashing incentivizes $DYDX holders to govern correctly: $DYDX holders risk dilutive events as the ultimate backstop and act as the governors of risk in the system.

2.5% of the $DYDX token supply (25,000,000 $DYDX) will be distributed to users who stake $DYDX to the safety staking pool. Staked $DYDX can be slashed to backstop the protocol.

Stakers will earn $DYDX rewards for staking $DYDX. $DYDX rewards will be distributed continuously according to each staker’s portion of the total $DYDX in the pool.

Staked $DYDX may be slashed as a result of a shortfall event. Slashing occurs at the discretion of $DYDX governance, and requires a governance vote to enact.

The interpretation for the occurrence of a Shortfall Event is subject to a governance vote but may include:

In a Shortfall Event, token holder balances can be slashed and transferred to another address or contract (set by dYdX governance on a case by case basis). dYdX governance must pass a short timelock proposal to slash staked tokens. After a governance vote on slashing staked $DYDX tokens, slashed $DYDX may be auctioned on the market to be sold against the assets needed to mitigate the incurred deficit. $stkDYDX

To stake, head to dydx.community and connect your wallet. Head to the Safety Staking Pool and click “Stake.” If you have not enabled $DYDX for staking before, you will have to complete an on-chain transaction to enable it prior to staking.

Once the Transfer Restriction Period is lifted on September 8, 2021 at 15:00 UTC, you will be able to claim earned $DYDX from staking block by block. Every claim will be in the form of an on-chain transaction.